Free shipping on orders over $50    Shop the store
A few weeks ago my kids broke the glass globe on our torchiere floor lamp.  Instead of trashing the lamp or buying a new one, I decided to make a new shade.  While looking online for inspiration I found an Instructables post for a cardboard lamp.  That led me to SphereGen software that generated the circles I would need to create this shade:

It came out nicely.  The only bad thing was the shade didn’t emit much light.  I really wanted to make one using interlocking slats.  A little more internet searching led me to Autodesk 123d – free 3D modeling software.  123D Design allows you to draw in 3D and 123D Make generates the files for assembly.  It’s marvelous!  I love the Internet!

So I started on a new lampshade.  In 123D Design I drew this: 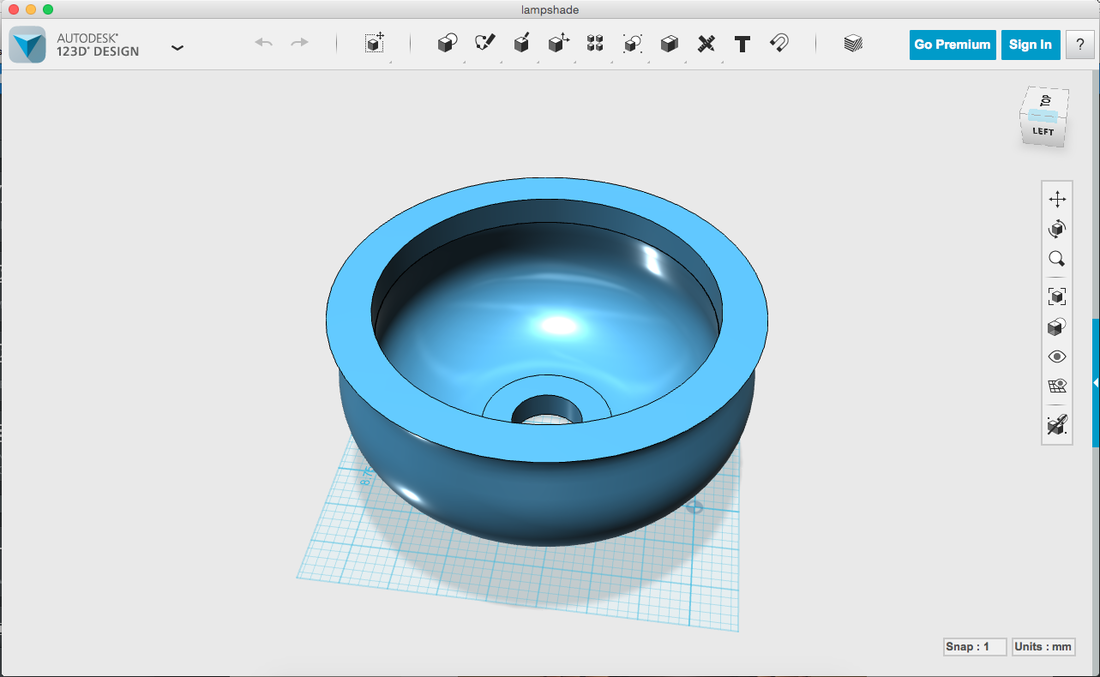 Then I imported it into 123 Make and I got this: 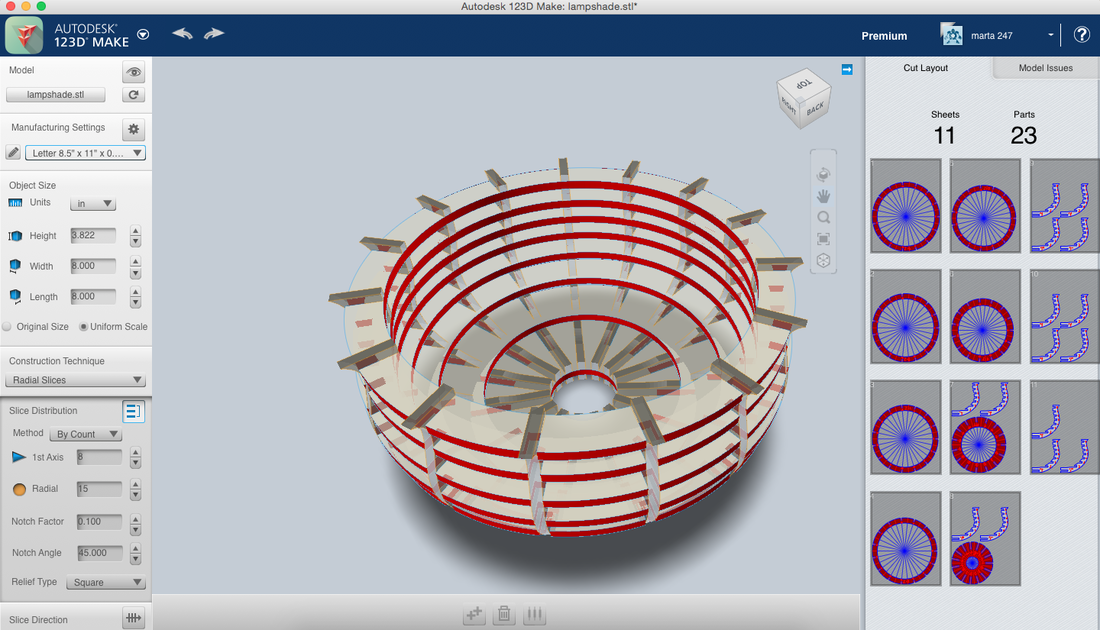 Time to cut.  I made some rookie mistakes when cutting and assembling, but I’m smarter for them.  When I was all done I had this: 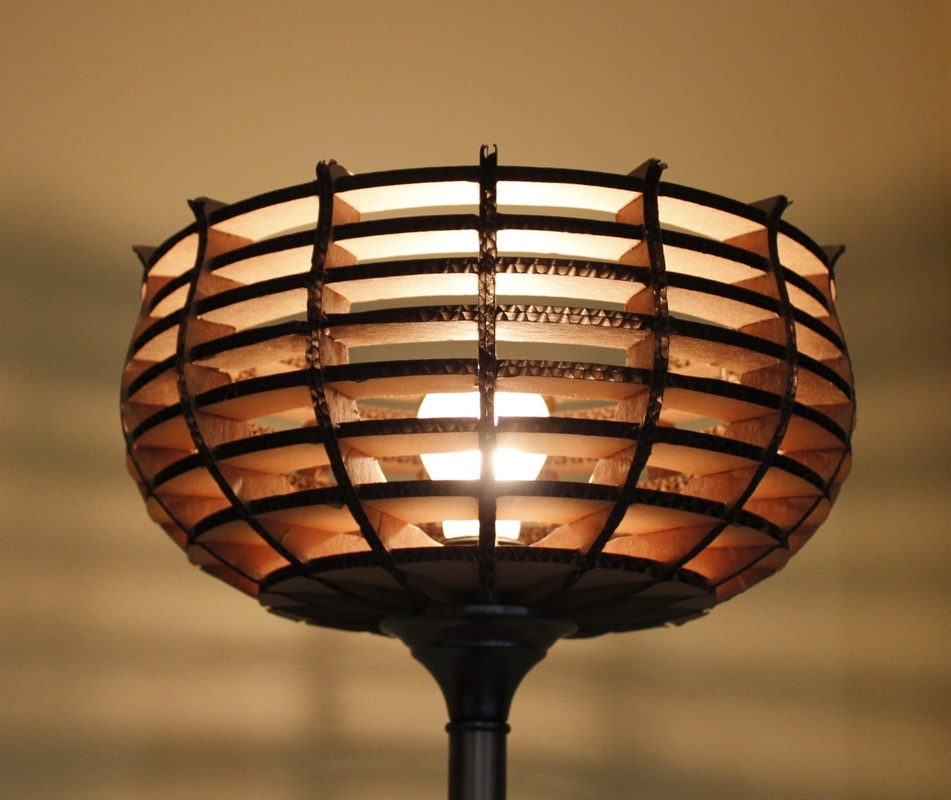